The Fight to Create a Peaceful School Environment 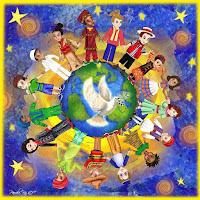 The first week of the school opening, I suspended my own 5 year old son. It was a hard decision. His little heart was broken, but as a founder of a school who seeks to create a peaceful, non-violent, bully-free environment, a standard had to be set immediately. My son is a sweet kid. He has spent his early years in traditional pre-schools and honestly a pre-school many times looks like a smaller version of a K-12th grade school. There is fighting, taking toys, bullying, etc. Children who start their school life in these spaces "learn" some survival skills. Children will tell you how unpleasant the typical school environment can be and to survive they have to learn to defend themselves. As an African-American educator, I have to be honest that many times this type of tough environment is just more common in schools that serve primarily African American students and I say this as one who has taught and been an administrator in predominately African American and predominately European American schools. I think it's just because although my people are so beautiful and awesome, we are a fiery group. I guess we've had to be because our life has just been one of struggle since the first slave set foot on American soil. My son had started to learn these "survival" skills as well and as his mother, I was determined to teach him to learn a more peaceful way to dwell with human kind. This is another reason I was drawn to the Sudbury model. For me, however, to bring this way of thinking to my community I had to set the standard. We have a judicial committee that is very active, meeting each day at 10 am, but any type of fighting or physical altercation is something I address directly. I am doing this in these early stages until students and community learn that any form of fighting is no way to settle a dispute. My son got upset with a student who kept teasing him. In response he physically attacked the boy and left the boy with a cut on his arm. The boy was 11. My son is 5. That gives you an idea of the ball of fire this momma is dealing with. The 11 year old was so sweet about it, even begged me not to suspend my son because it was his fault. But for me, a former principal of a school of one of the worst neighborhoods in DC has learned that "if you hit me I'll hit you" only leads to a very bad place (unfortunately parents teach their kids to live by this principal which makes it so hard for an administrator to stop a fight). It does not solve anything. Because it just feeds a cycle of violence. I am trying to teach our students the way of MLK who believed in peaceful ways to solve conflict. So when a student physically hurts someone, I do not ask why. I do not ask who started it. Whoever hurt the person physically is suspended (I have a similar way of dealing with obvious bullying). It is not a legal suspension. We call it "Time Away from School" and the students hate it because they love to come to school. But as I communicated to my son, I tell them that they need to stay home a few days and think of strategies to help them deal with conflict in a more peaceful way. It may seem harsh, but after 20 years in the school system, I feel strongly that fighting, bullying and all those things that are scarring our children must be put to an end and I believe that the Sudbury model has provided a wonderful framework for creating a safe, healthy, loving environment for that to happen within a predominately African American school. My son learned a valuable lesson that day, and has not had an altercation since (although he still likes to rough up his little brother...I'm workin' on that). Our school is not perfect as no school is, but it is a warm place where the students protect their freedom and their right to live in peace with each other. When you visit, the first thing they will do is introduce themselves and hug you. They'll talk to you and show you around and welcome you. Now if I could just get more races to take that step of faith and join us so that we can be an example of how even different races can live together in harmony, I would be so thrilled. 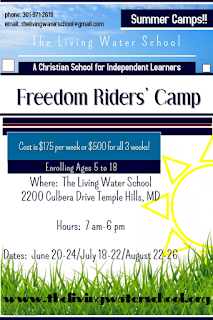